In just two decades, the ISO helped New England revitalize its power system and lay the foundation for a cleaner energy future. Work continues to keep the region on the cutting edge of ongoing industry transformation. 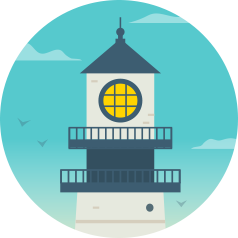 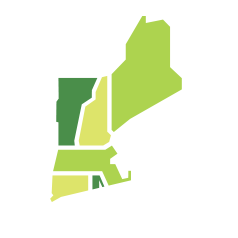 A New Era of Competition and Reliability

1970s through early-1990s: For decades, the region’s utilities operated as vertically integrated, regulated monopolies that generated, transmitted, and distributed electricity to retail customers at cost-of-service rates. Dissatisfied with these rates and a lack of investment in new infrastructure and more efficient, cost-effective technologies, the region began pursuing an alternative framework, one that would introduce competition into the industry.

Mid-1990s on: After passage of the Energy Policy Act of 1992, the Federal Energy Regulatory Commission (FERC) created independent system operators and, in 1997, gave ISO New England responsibility for ensuring a reliable supply of electricity for the region and establishing and overseeing competitive wholesale markets for buying and selling electricity.

Today, the ISO continues to fulfill its historic mission of using competitive markets to secure a reliable supply of electricity for New England's households and businesses. See the ISO timeline for more highlights of its two decades serving the region.

See statistics and details on how the competitive marketplace designed and run by the ISO and regional investments in transmission guided by the ISO have helped improve reliability, reduce air pollution, lower wholesale energy costs, and position the region for the greener, hybrid grid of the future.

Ensuring Reliability of the Future Grid

The electricity industry continues to evolve, and so does the ISO. Energy technologies are rapidly changing, public policies are having long-term implications, and cybersecurity threats are growing. Through cutting-edge initiatives and strong regional collaboration, we’re shaping the modern, high-performing power system New England relies on for safety, comfort, and prosperity. Learn more: