Solar power systems are rapidly being installed across the six states of New England and noticeably reducing the electricity drawn from the regional power system. But how much and when that electricity demand is reduced are critical questions when it comes to operating the grid and performing long-term system planning.

As of December 2019, more than 180,000 behind-the-meter (BTM) PV installations span the six states, with a combined nameplate generating capability of more than 3,400 MW (they typically don’t generate at maximum capacity at the same time). 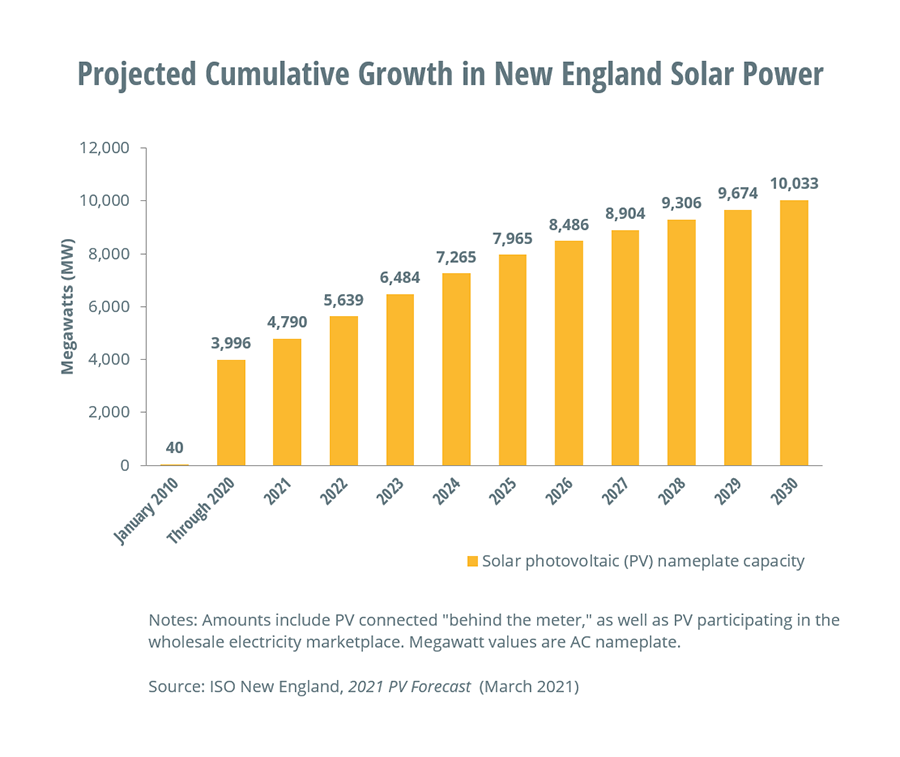 The vast majority of New England’s solar power is in the form of small-scale (typically 5 MW or less) systems, including residential rooftop arrays. These systems are typically connected to local distribution utilities or provide power directly to homes and businesses—and not to the regional power system. BTM PV reduces the amount of electricity being drawn from the grid. The ISO doesn’t dispatch the electricity these resources produce but has to manage their impact as a reduction in demand. The output from BTM PV can’t be monitored in real-time by ISO system operators.

In 2019, ISO New England launched an initiative (Earth Day 2020: How ISO-NE forecasts behind-the-meter solar) to integrate the effects of BTM PV into the computer models producing the daily operational load forecast. These efforts have improved the ISO’s ability to forecast the impact of BTM PV on daily power demand, though challenges persist when actual cloud coverage differs from what is forecasted.

When conditions are right, the ISO sees a significant reduction in regional grid electricity demand from BTM PV. During a heatwave in July 2018, BTM solar generation peaked each day at around 1:00 p.m., reducing demand from the regional power system by approximately 2,000 MW.

Springtime conditions are ripe for high solar output. On a cool, sunny day in April 2018, BTM solar output reached an estimated record high at 1:00 p.m. and drove down electricity demand on the regional power system by 2,300 MW. The result was a regional first: New Englanders used more grid electricity while they slept that night than during the middle of the day. This same scenario has since occurred several times during spring 2019. The ISO anticipates more occasions when demand may dip extremely low, particularly during the spring when demand is typically at its lowest and solar output it typically at its highest.

For the first time since at least 2000, and possibly ever, grid electricity demand on Thanksgiving Day 2018 did not peak in the morning as New Englanders turned on their ovens; solar pushed the peak to after sunset. 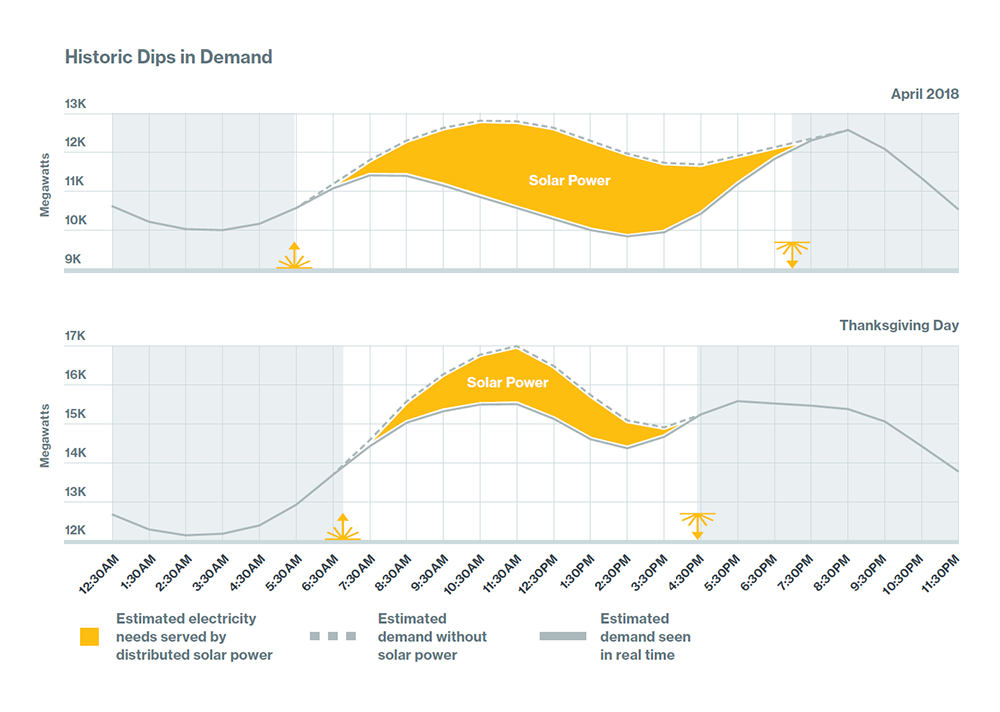 ISO system operators rely on accurate forecasts of grid demand because it’s critical to keep the power supply in near-perfect balance with demand at all times. But anticipating how much solar power there’ll be at any moment is a complex problem. With an increasing amount of electricity produced by resources that use sun, ISO grid operators can no longer rely exclusively on traditional weather forecasts. The actual output from solar power installations can vary widely depending on a number of weather variables that vary widely across the six New England states. These include the amount and location of cloud cover, haze, humidity, and rain and snow. New England has erratic weather conditions, and New Englander know how hit or miss weather forecasts can be—even from town to town. 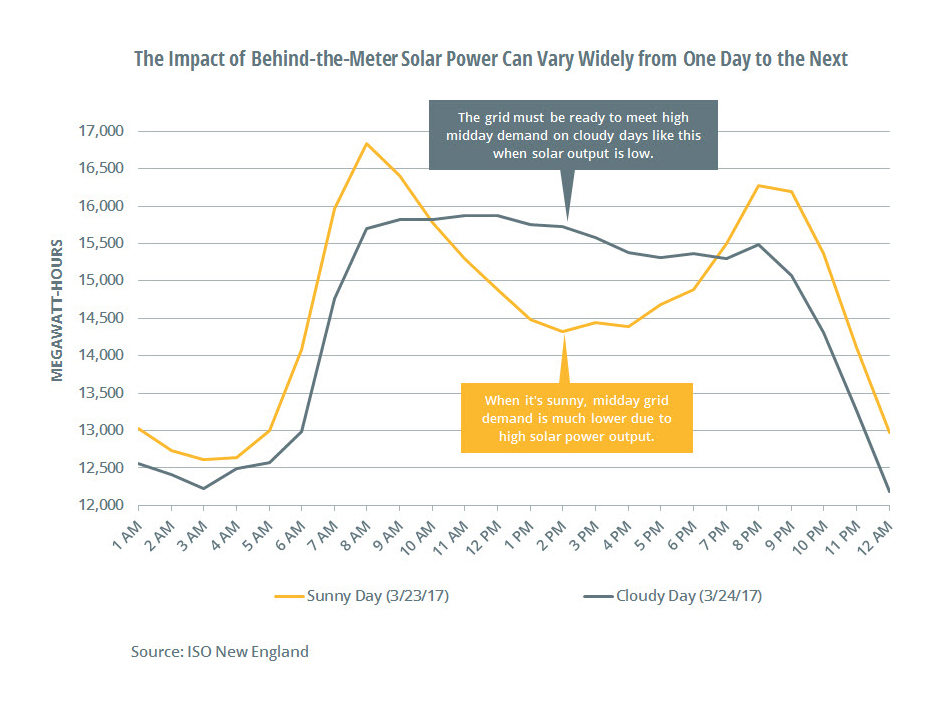 In New England, winter imposes the most variation in solar output because of snow, clouds, and shortened daylight hours. Cloud and snow cover prevented solar panels from reaching their seasonal potential during last year’s a historic 16-day cold spell (December 24, 2017, through January 8, 2018) and particularly during Winter Storm Grayson, which occurred during that period. In addition, shortened winter days means consumers use the most electricity after sunset. So whereas solar helps reduce grid demand during sunny days without significant snow cover and can help conserve other fuels for use later in the day, it doesn’t reduce winter peak demand.

These changing weather conditions can lead to rapid and sizeable swings in electricity output from PV systems, which is why PV resources are called variable or intermittent. It’s also why as more variable resources are installed in New England, the region will rely more heavily on other power resources that can help balance the fluctuations of the combined load and behind-the-meter solar PV, such as efficient, fast-start natural gas power plants. In time, battery storage systems will be able to help manage through day-to-day variation but may not help when unfavorable solar conditions last for multiple days.

The amount of electricity New England uses varies greatly by season—so does PV’s impact. The representative load profiles below simulate the impact PV will have during each season as more and more is installed across the region. Compare: 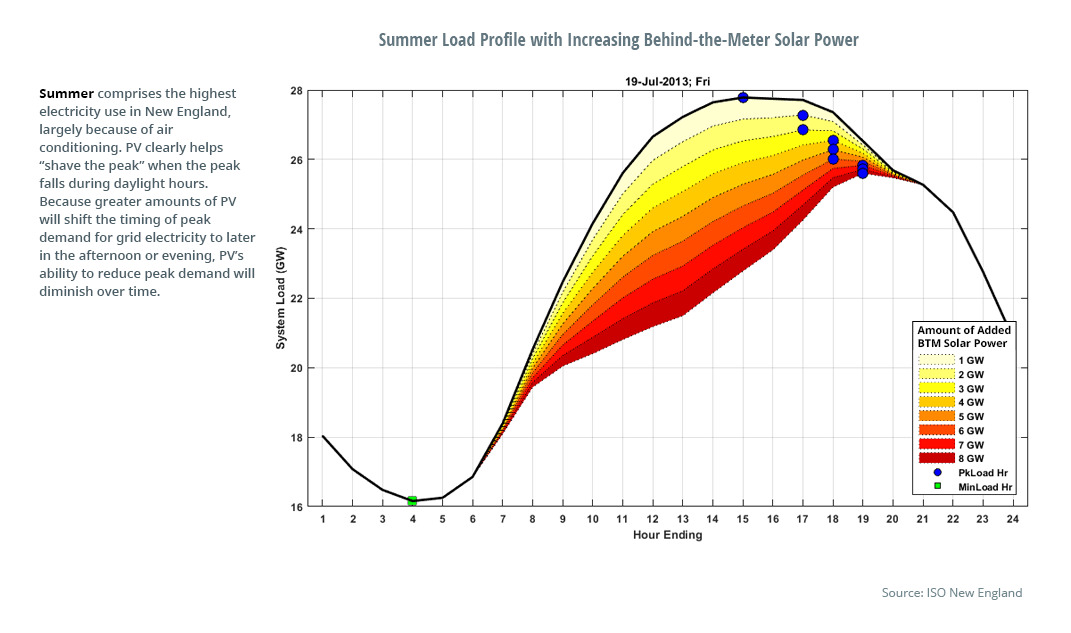 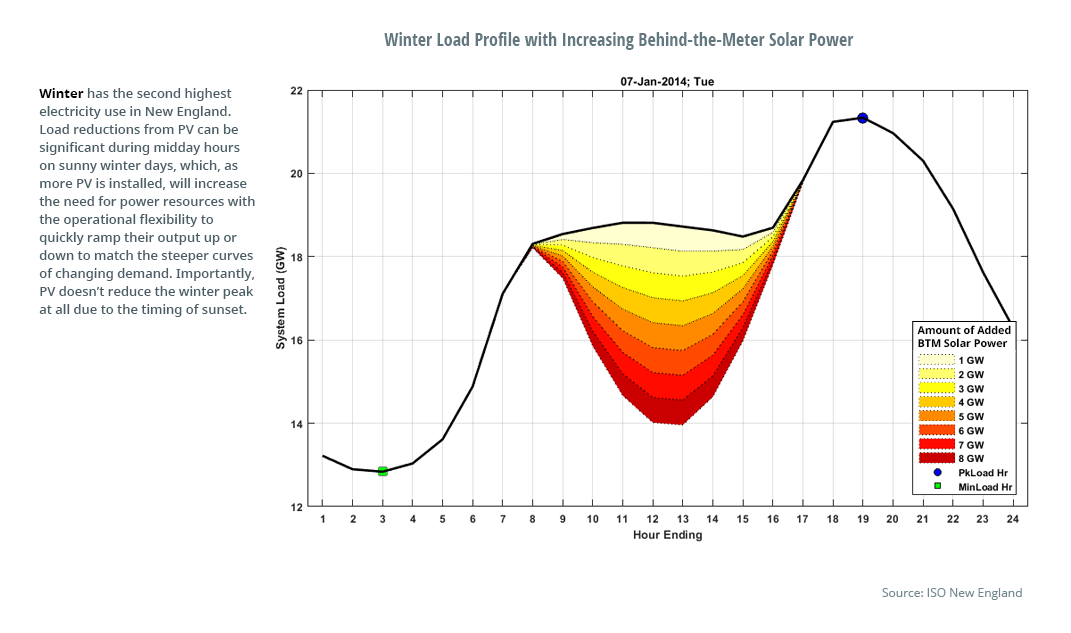 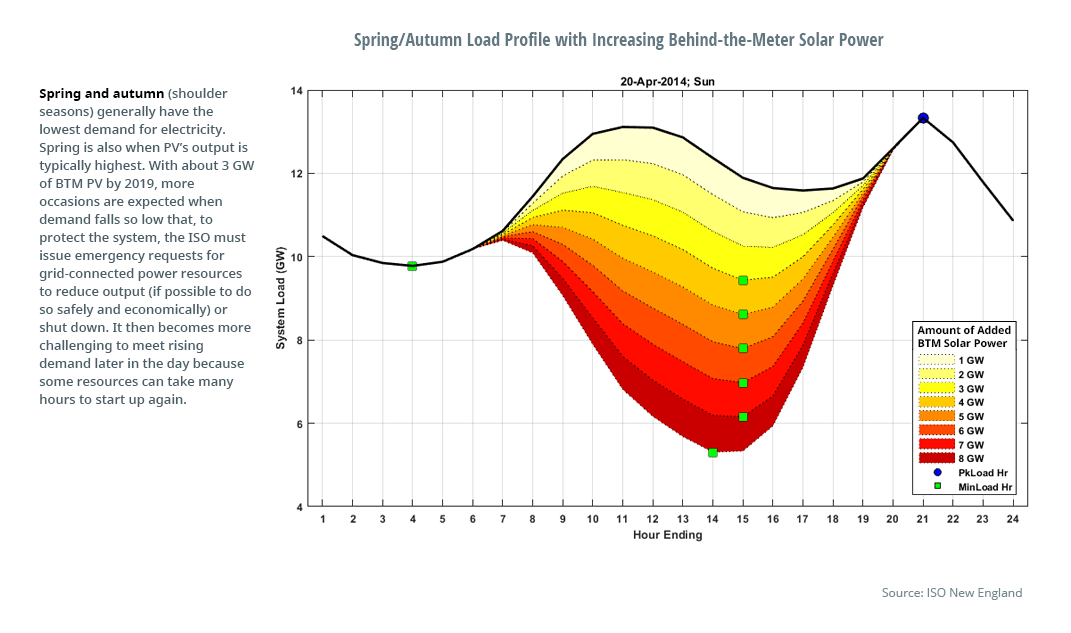 The ISO is actively pursuing new and innovative ways to accommodate the effects of large amounts of solar power. We developed the nation’s first long-term, multistate forecast of PV capacity, and we're is working with industry experts to build a method of predicting PV output regionally that will be integrated into its existing day-ahead and seven-day operational load forecasts. Given that it’s infeasible for the ISO to collect performance data directly from all 180,000 individual PV systems, these efforts will enhance visibility and help the ISO grid operators forecast variations in system demand with the higher degree of accuracy needed to operate the grid reliably and efficiently. The ISO also now has a full-time meteorologist on staff to help with more precise weather forecasting. Looking out longer term, the ISO has incorporated improved modeling of BTM solar power in the calculations that help determine the amount of capacity to procure through the Forward Capacity Market.

The ISO is actively pursuing new and innovative ways to accommodate the effects of large amounts of solar power. We developed the nation’s first long-term, multistate forecast of PV capacity, and launched a new system to forecast daily solar production in March 2019. The ISO also has a full-time meteorologist on staff to help with more precise weather forecasting. Looking out longer term, the ISO has incorporated improved modeling of BTM solar power in the calculations that help determine the amount of capacity to procure through the Forward Capacity Market.

We also continue to implement initiatives to help us operate the grid reliably with volatile changes in electricity demand, including the following: 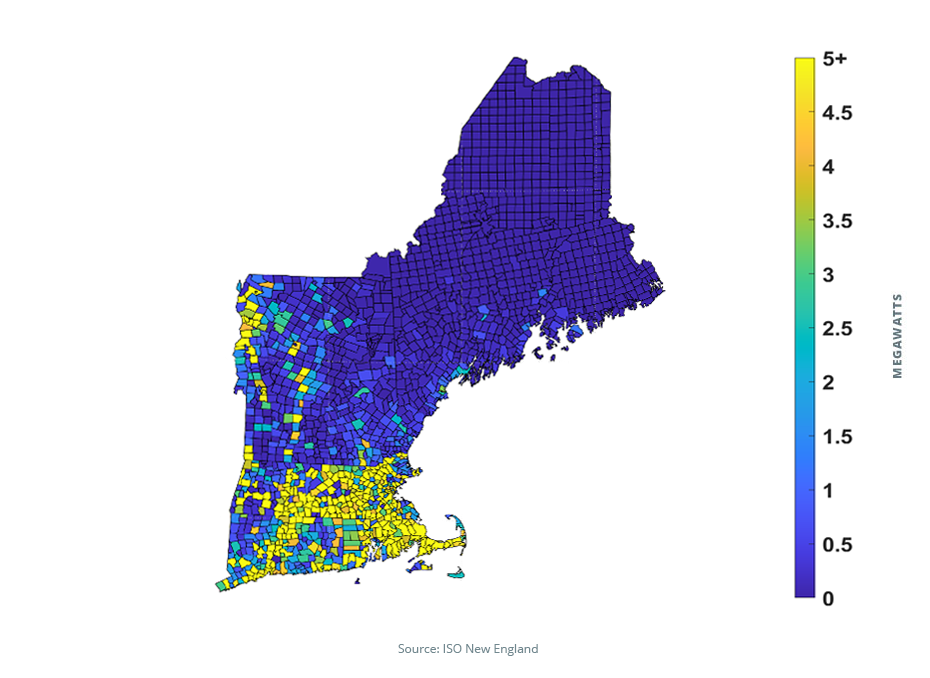 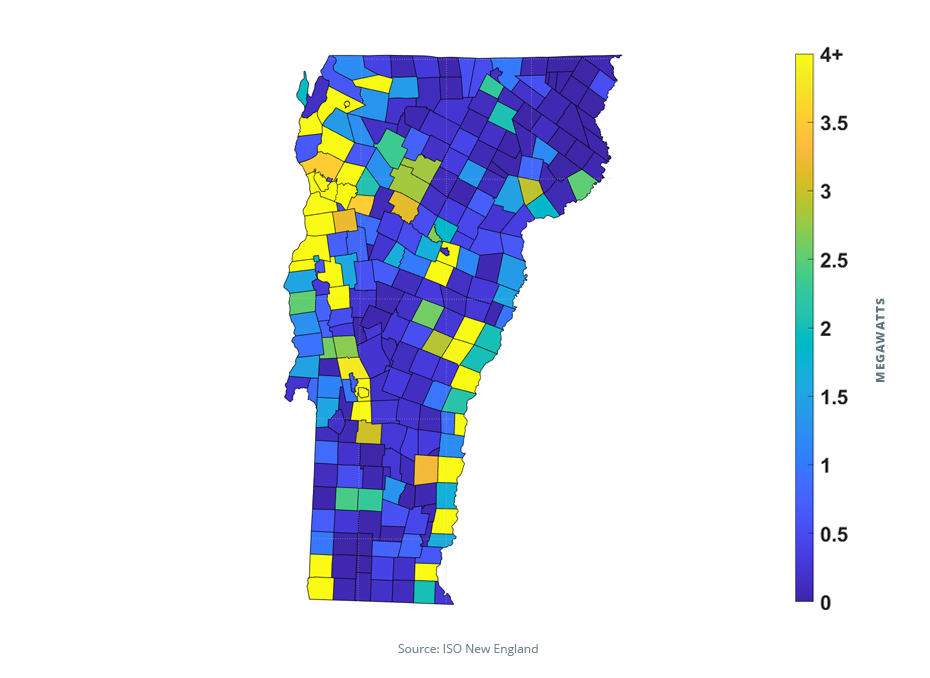 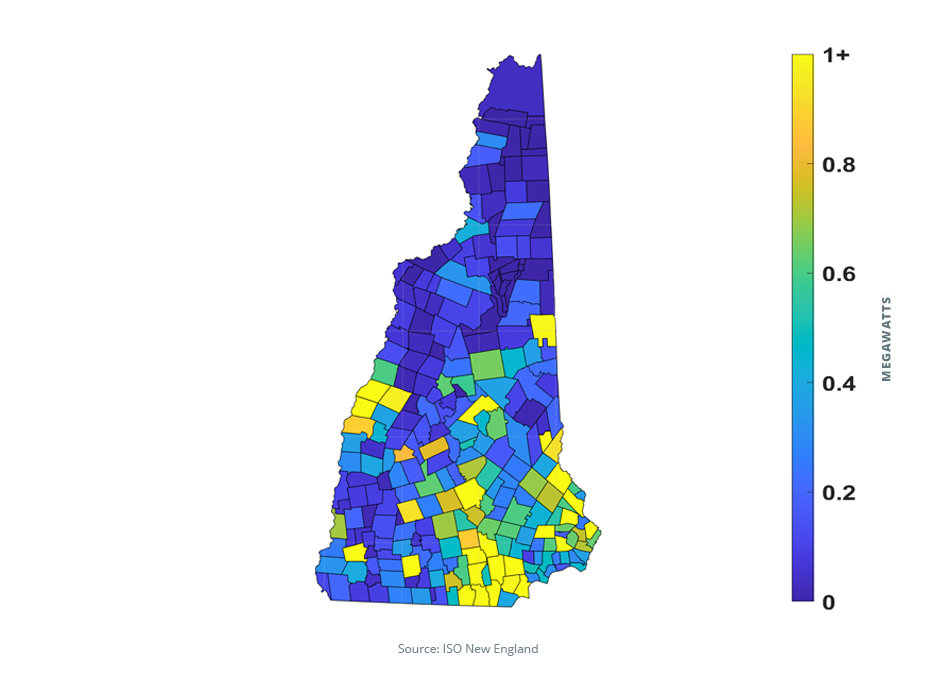 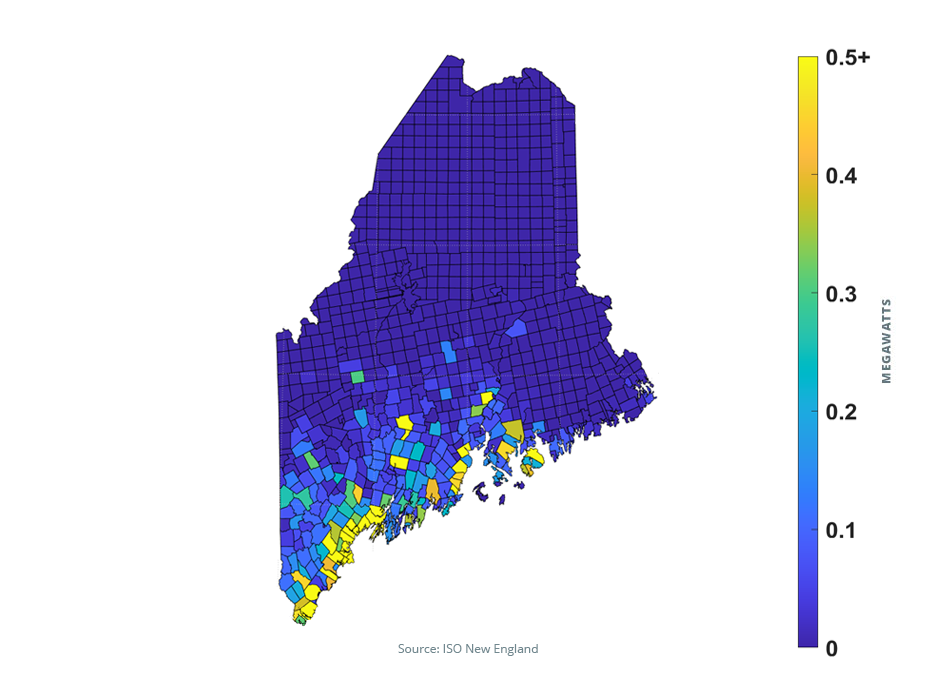 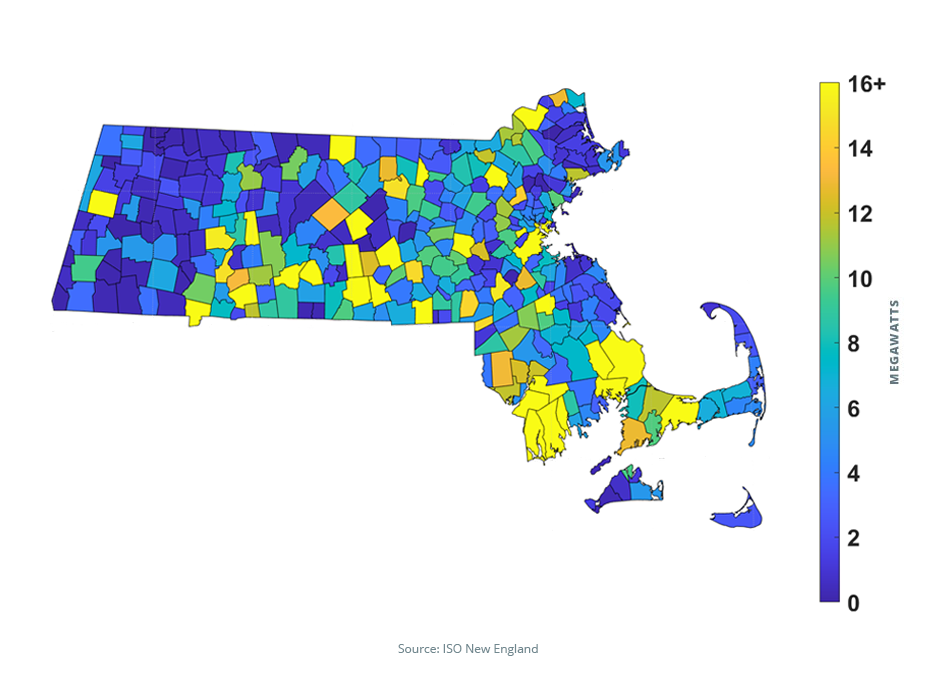 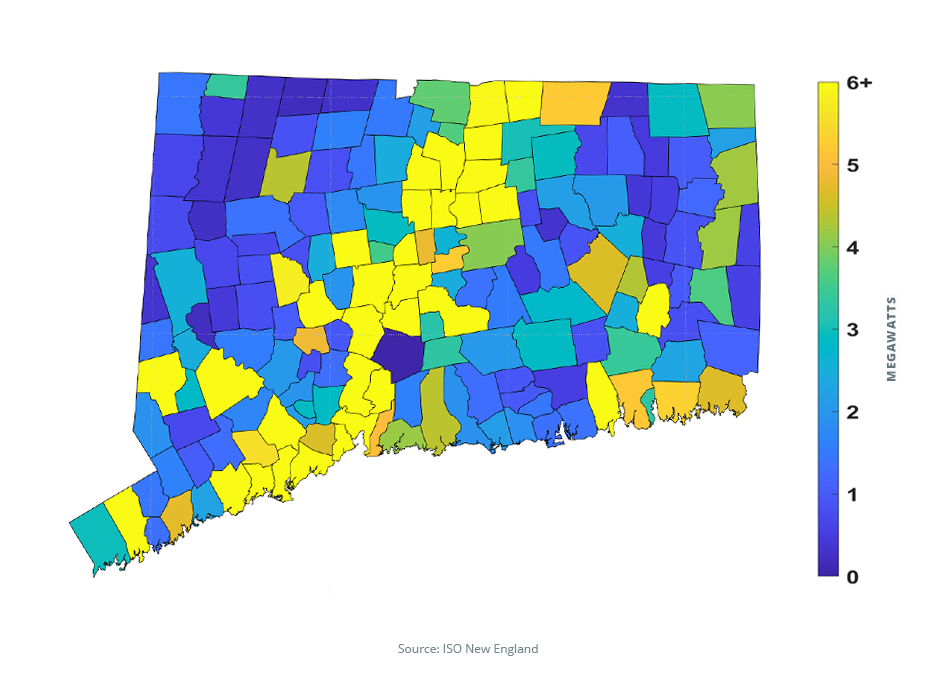 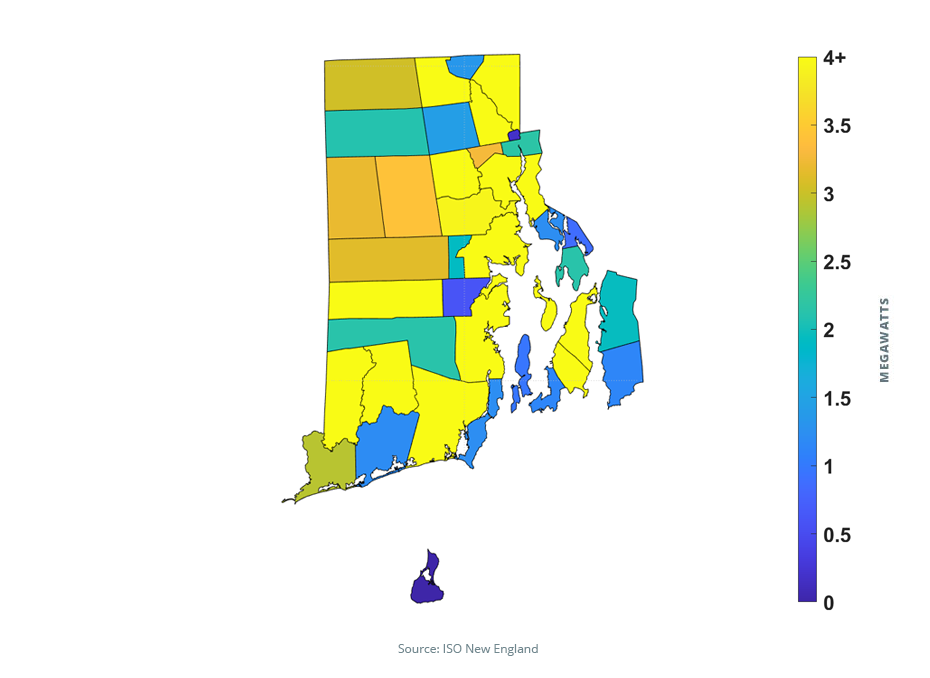