Our 11-member Board of Directors has expertise in financial markets, law, electric power operations, and regulation. Board members have no financial interest in any company participating in New England’s wholesale electricity markets. See the nonaffiliation provision in the ISO New England Code of Conduct, as well as the ISO’s By-Laws, which set the rules and regulations by which the board conducts its business.

The ISO elects its board members through a nominating process that involves representatives from the ISO New England Board of Directors, the New England Power Pool (NEPOOL), and the New England Conference of Public Utilities Commissioners. Candidates also receive the endorsement of the NEPOOL Participants Committee. 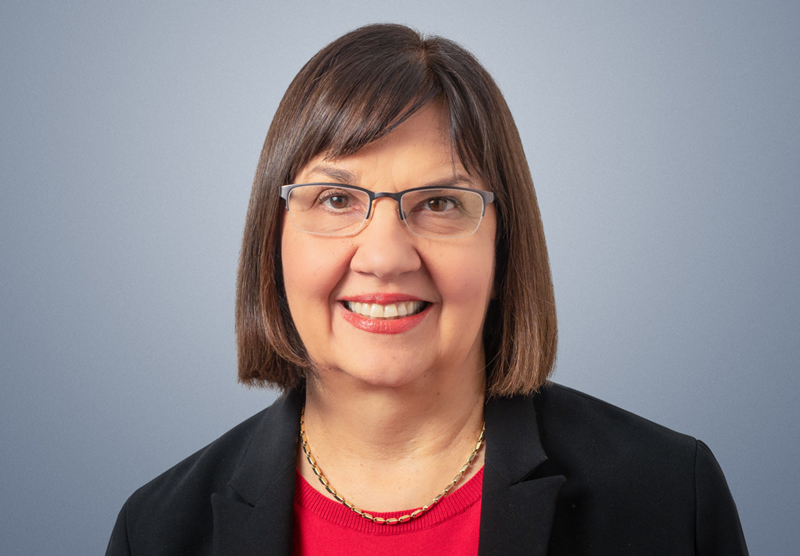 Cheryl LaFleur joined the ISO New England Board in 2019 and was named Chair in 2021. She is a former Commissioner and Chairman of the Federal Energy Regulatory Commission (FERC), having been nominated by President Barack Obama in 2010 and confirmed by the Senate for a second term in 2014. Before her FERC tenure, Ms. LaFleur served as Executive Vice President and Acting CEO at National Grid USA. She held other executive positions at National Grid USA, and its predecessor, New England Electric System, including Chief Operating Officer, President of the New England Distribution Companies, and General Counsel. She began her career as an attorney at Ropes and Gray in Boston. Currently, Ms. LaFleur is a Nonresident Fellow with the Columbia University Center on Global Energy Policy and also serves on its advisory board. In addition, she serves on the advisory boards of the National Renewable Energy Lab (NREL), the Princeton University Andlinger Center for Energy and the Environment, and the Beth Israel Deaconess Medical Center. She holds a Juris Doctorate from Harvard Law School and a Bachelor of Arts degree from Princeton University. 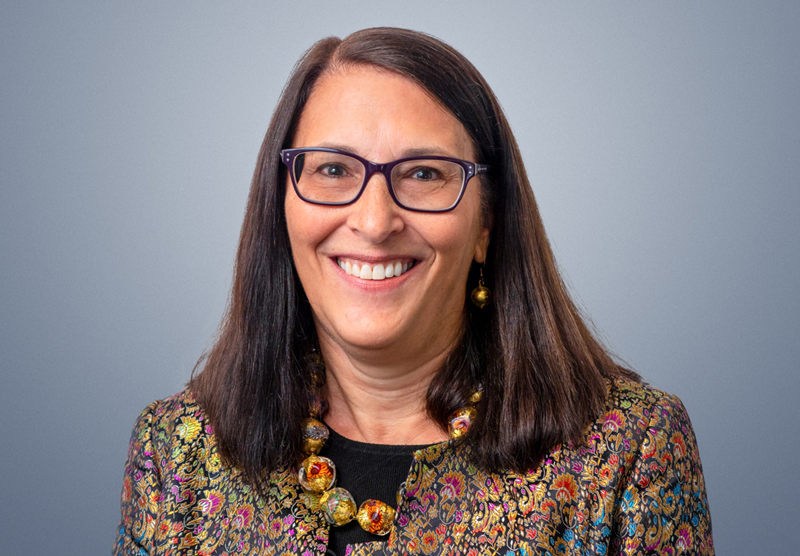 Caren Anders is a transmission expert who previously served as an executive advisor for Quanta Technology, where she worked with clients across the utility sector providing advisory solutions and services. Her career has included leading Duke Energy’s transmission organization, overseeing 2,100 employees responsible for serving 7 million customers. Prior to joining Duke, Ms. Anders served as vice president of transmission and substations at Exelon. She holds a Bachelor of Science degree in mechanical engineering from the University of Pennsylvania and a Master’s of Business Administration in Finance from Drexel University. 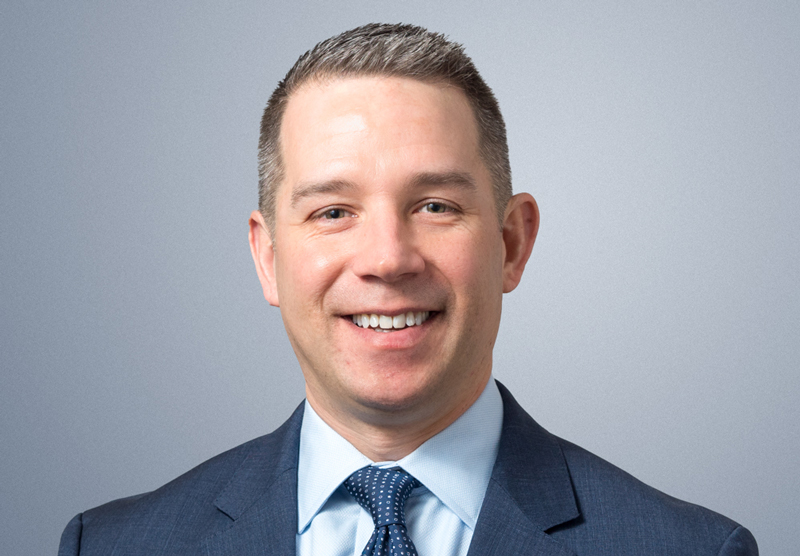 Brook Colangelo, now in his second term, is Vice President and Chief Information Officer for Waters Corporation, the world’s leading specialty measurement company serving the life, materials, and food sciences industries for more than 60 years. Mr. Colangelo is responsible for driving global IT and digital business transformation. He previously served as Executive Vice President and first-ever Chief Technology Officer for Houghton Mifflin Harcourt (HMH), one of world’s leading education companies. There, he led the transformation of the company’s new online teaching and learning platform. Before HMH, he served as Chief Information Officer of the White House under President Barack Obama, responsible for modernizing, securing, and managing all aspects of the technology platforms and infrastructure supporting the first-ever digitally connected president of the United States. Earlier in his career, he led technology for the American Red Cross' Hurricane Recovery Program. Mr. Colangelo is a founding member of the Boston Chief Information Officer Council and is a graduate of The George Washington University. 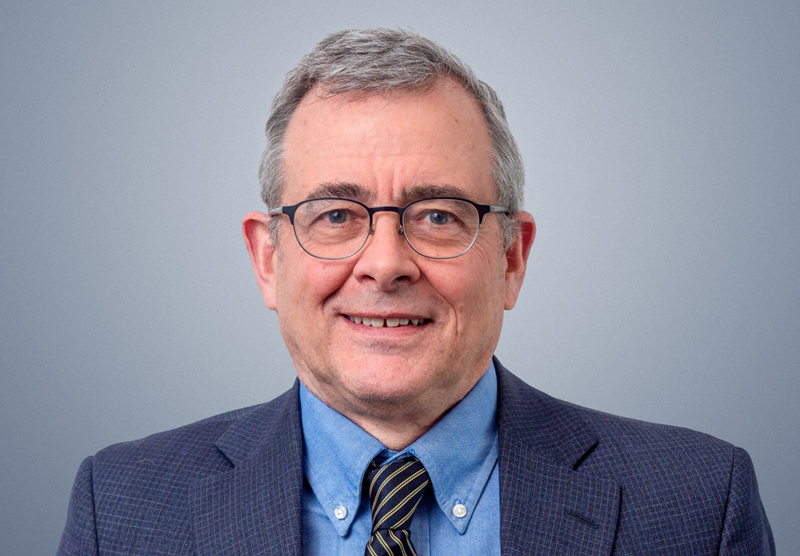 Steve Corneli is principal and owner of Strategies for Clean Energy Innovation, focusing on the efficient deployment of high levels of clean resources. His clients have included leading energy and environmental think tanks, distributed energy technology companies, and clean energy and environmental advocates. Prior to forming Strategies for Clean Energy Innovation, Mr. Corneli served as senior vice president of policy, strategy, and sustainability at NRG. He previously served seven years as a consumer advocate within the Minnesota Attorney General’s Office. Mr. Corneli holds a Bachelor of Arts degree from St. John’s College in Santa Fe, N.M, as well as a Master’s in Public Affairs from the University of Minnesota’s Humphrey Institute, with a concentration in energy, environment, and technology policy. 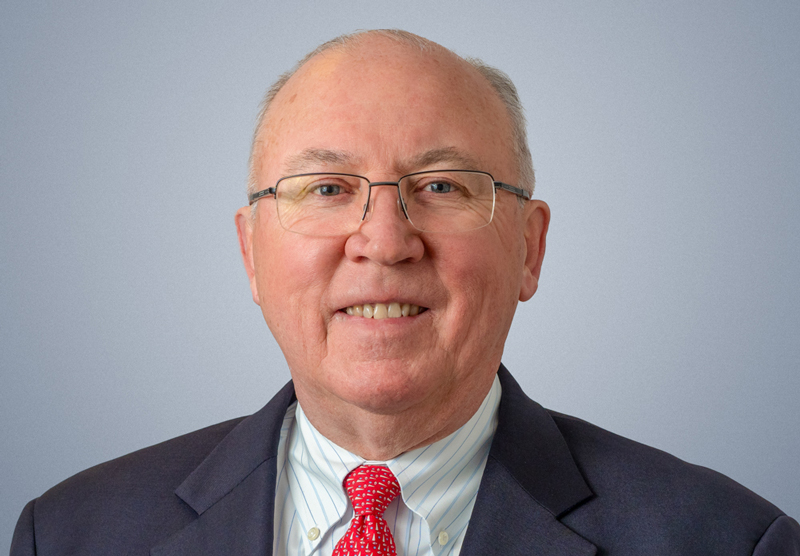 Michael Curran joined the ISO New England Board in 2019. Mr. Curran spent the majority of his career in the financial services and investment community, including the Boston Stock Exchange, Inc., where he was chairman and chief executive officer. Before joining the Boston Stock Exchange, he was managing director and COO of Kemper Funds and International Mutual Funds for Zurich Scudder Investments. Mr. Curran most recently served as chair of the Midcontinent Independent System Operator (MISO) Board of Directors. He is a graduate of Dickinson College. 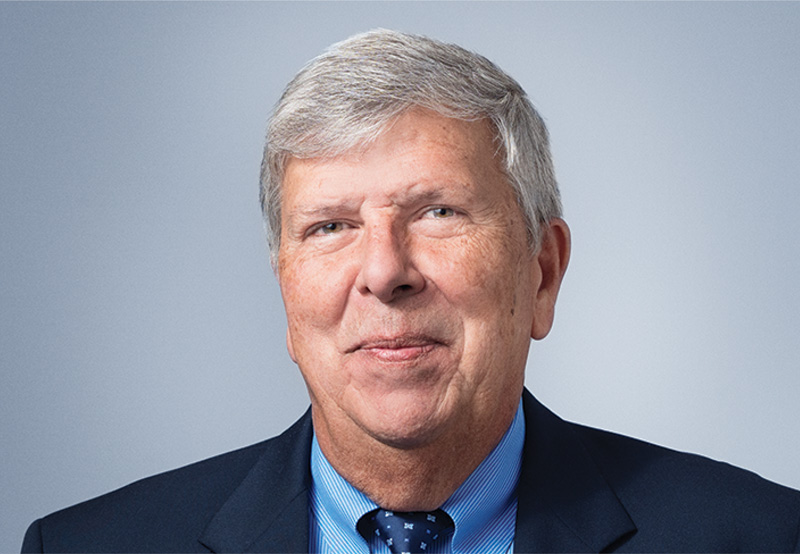 Roberto R. Denis has more than 40 years of experience in the electricity industry. He retired as Senior Vice President for NV Energy in 2013, where he was responsible for the company’s system dispatch, transmission, distribution, engineering, and project management functions. While in this role, he developed and built the One-Nevada Transmission line, creating a single balancing authority for the state. Previously, Mr. Denis was with Florida Power & Light (FPL), where he served in various positions for more than 30 years. His last role was Vice President of Market & Regulatory Affairs for FPL Energy, where he directed regulatory strategy for the construction and operation of independent power projects throughout the US. He also analyzed emerging market structures and participated in stakeholder forums within various ISO/RTO footprints. He holds a bachelor of science degree in electrical engineering from the Georgia Institute of Technology. 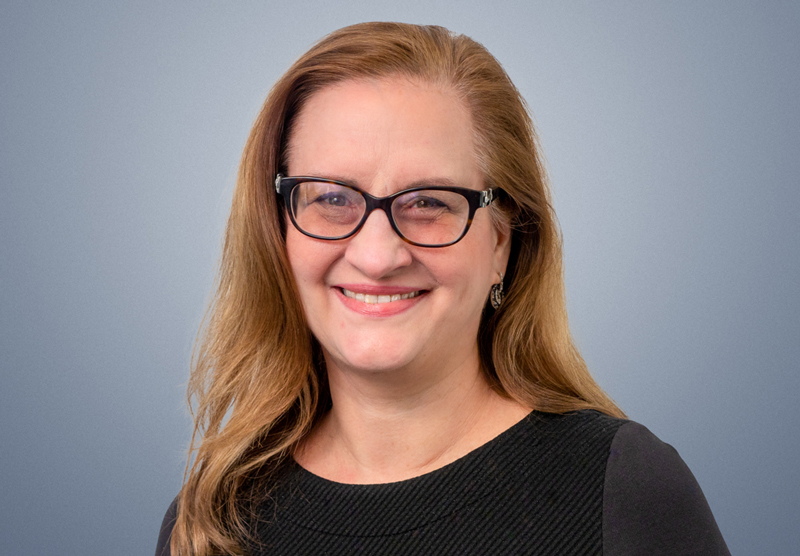 Catherine Flax is the president of private investing at X Machina Capital Strategies, focusing on investments related to energy transition in the oil and gas arena. She is an economist who has worked as a senior executive in the energy, power, and commodities businesses for several investment banks. During her career, Ms. Flax has served as global head of commodity finance at J.P. Morgan and managing director and head of commodities, Americas, at BNP Paribas. She has also served on a range of industry and corporate boards, as well as on advisory boards. Ms. Flax holds Bachelor of Science degree in Economics and Finance from Texas A&M University, and a Master’s in Economics from Brown University.

Barney Rush is past Chair of Azure Power Global (NYSE – AZRE), a major developer of solar projects in India and also served as Senior Representative for Fieldstone, a regional investment bank focused on raising capital for power plants and infrastructure in Africa. Previously, he was an Operating Partner at Denham Capital Management and CEO of H2Gen Innovations, Inc., and Group Chief Executive Officer, Europe, for Mirant Corporation. While at Mirant, Mr. Rush was Chairman of the Supervisory Board of Bewag, the electric utility serving Berlin, Germany, and was Chairman of the Board of WPD, the regional distribution company serving southwest England and southern Wales. Mr. Rush also served as Executive Vice President of Oxbow Corporation, and was Senior Vice President of Lehman Brothers. Earlier in his career, he served as a special assistant in the U.S. Department of State and was a research assistant at the World Bank. He holds a master’s degree from the Princeton University School of Public and International Affairs (previously, the Woodrow Wilson School) and a bachelor’s degree from Harvard College. Mr. Rush currently serves as mayor of the Town of Chevy Chase, MD.

Gordon van Welie is President and Chief Executive Officer of ISO New England Inc., having previously served as the company’s Executive Vice President and Chief Operating Officer. He joined ISO New England from Siemens Power Transmission & Distribution LLC, where he served as Vice President and General Manager of the Power Systems Control Division and was responsible for managing information technology solutions for electric companies. Before coming to Siemens, Mr. van Welie held several positions at ESKOM, South Africa’s electric utility based in Johannesburg. He has been a member of the National Academy of Engineering since 2017, and currently serves on the Board on Energy and Environmental Systems. In addition, Mr. van Welie belongs to the Executive Committee of the U. S. National Committee of CIGRE, the Member Representatives Committee of the North American Electric Reliability Corporation (NERC), the ISO/RTO Council, and the IEEE Power & Engineering Society. He is a recipient of the 2017 Utility Variable-Generation Integration (UVIG) Achievement Award and, in 2016, was awarded the IEEE Power & Energy Society Leadership in Power Award. 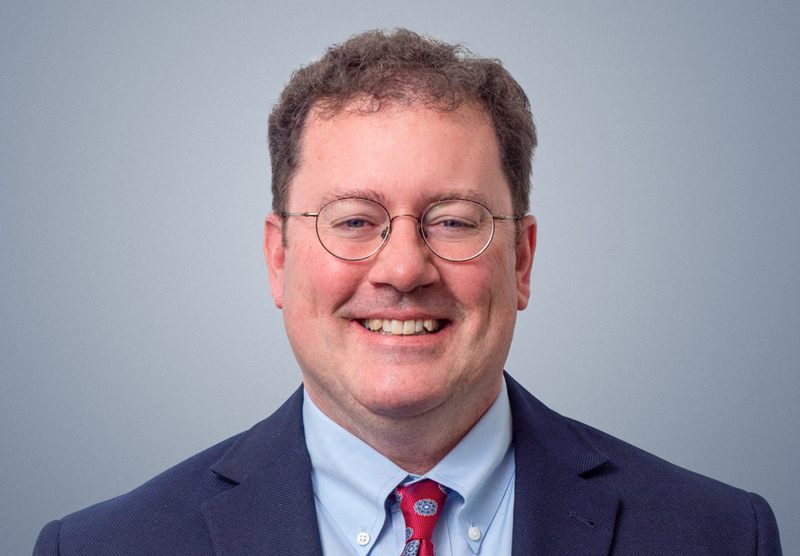 Mark Vannoy joined the ISO Board in October 2020. Before joining Maine Water in 2019, where he currently serves as Vice President, he was the Chairman of the Maine Public Utilities Commission. Mr. Vannoy’s service on the Maine PUC began in June 2012 and concluded at the completion of his term in 2019. His commission service included four years as chair, and he adjudicated more than 2,200 cases involving electric, gas, and water utilities. He also served as a board member of the National Association of Regulatory Utility Commissioners, a member of the Critical Infrastructure and Water Committees, and board chair of the New England Utility Cybersecurity Information Collaborative. Mr. Vannoy proudly served in the US military for 20 years and is a retired US Navy officer. He is a graduate of the United States Naval Academy and holds a master’s degree in civil and environmental engineering from Cornell University.

Vickie VanZandt runs VanZandt Electric Transmission Consulting, Inc., based in Washington State, and is also the Western Electricity Coordinating Council’s Program Manager for the Western Interconnection Synchrophasor Program. In 2009, she retired from Bonneville Power Administration after 35 years of service. As Bonneville’s Senior Vice President of Transmission Services, Ms. VanZandt was responsible for planning, design, construction, operation, maintenance, marketing, and management of the 15,000-circuit-mile, high-voltage transmission system covering four states in the Pacific Northwest. She served as Bonneville Power’s Chief Engineer for a decade, holds a bachelor of science degree in electrical engineering from the University of Washington, and is a senior member of the IEEE.

To submit materials for Board or Board Committee meetings, please contact legal@iso-ne.com.

Board and Board Committee Documents

You can Subscribe to the event and will be notified as documents are added.

Sorry, no results are available with this choice of filter(s). Please deselect one or more filters.