Since 1993, ISO New England has produced an annual report on generator air emissions—a comprehensive analysis of the emissions produced by the region’s generation fleet and a review of relevant system conditions.

Air emissions from regional generators have fallen dramatically over the last two decades. From 2001 to 2019, annual emissions for sulfur dioxide (SO2), nitrogen oxides (NOX), and carbon dioxide (CO2) declined by 99%, 78%, and 42%, respectively.

However, several factors—including increasing oil-fired generation during winter cold snaps due to natural gas pipeline constraints and the retirement of nuclear generation—have contributed to some slowdowns in declines in recent years and even some upticks. Learn about the changes between 2018 and 2019, for example, in the 2019 ISO New England Electric Generator Air Emissions Report.

The table below summarizes both long-term and year-over-year changes for total system emissions (the amount of system emissions) and emission rates (the pounds of emissions given off, on average, with every megawatt-hour of electricity produced). This is akin to comparing how many gallons of gasoline a car used versus its miles per gallon (MPG). 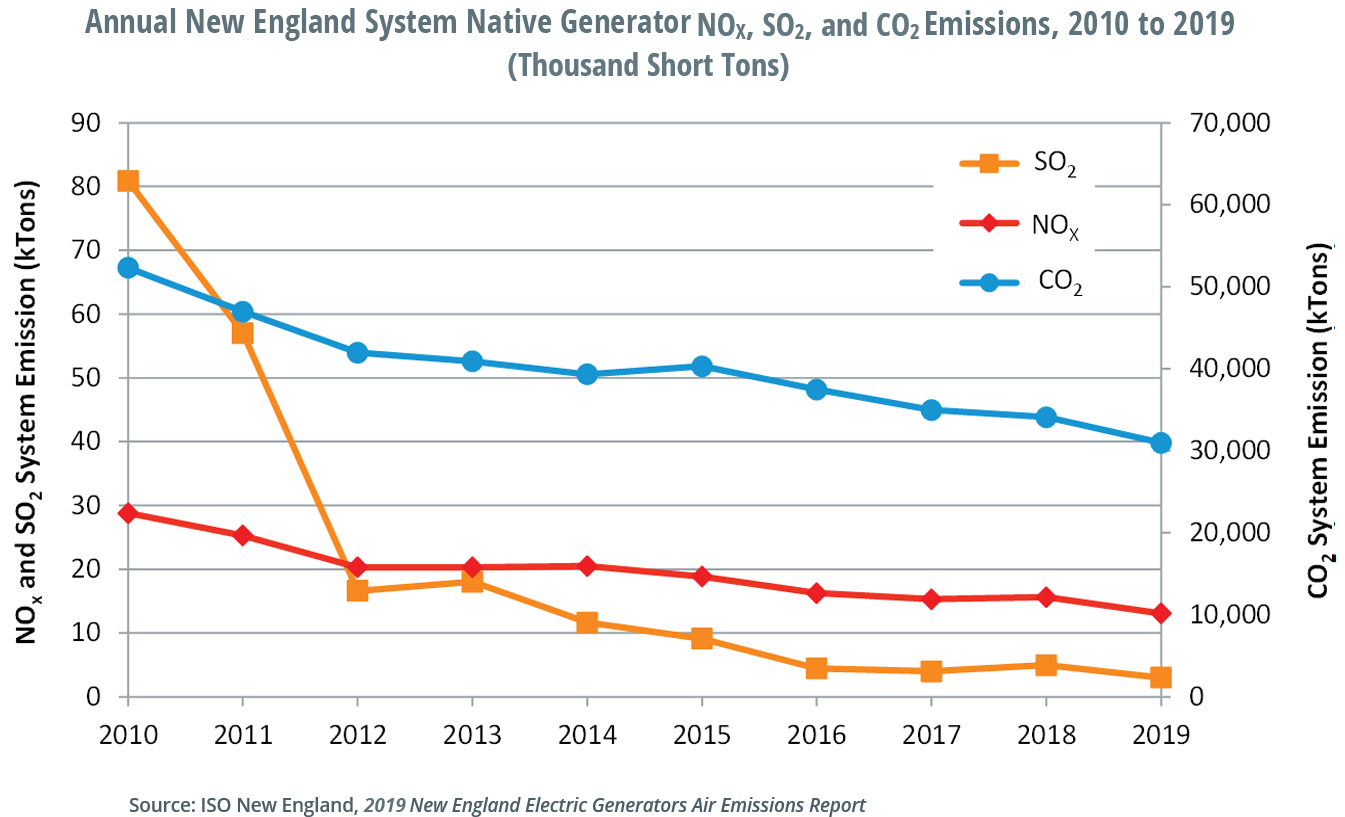 The Drivers of Long-Term Emissions Reductions

Several factors have played a role in the overall reduction of generator air emissions:

Some emerging factors could push the ISO to rely more on higher-emitting, less efficient resources to meet regional electricity demand: